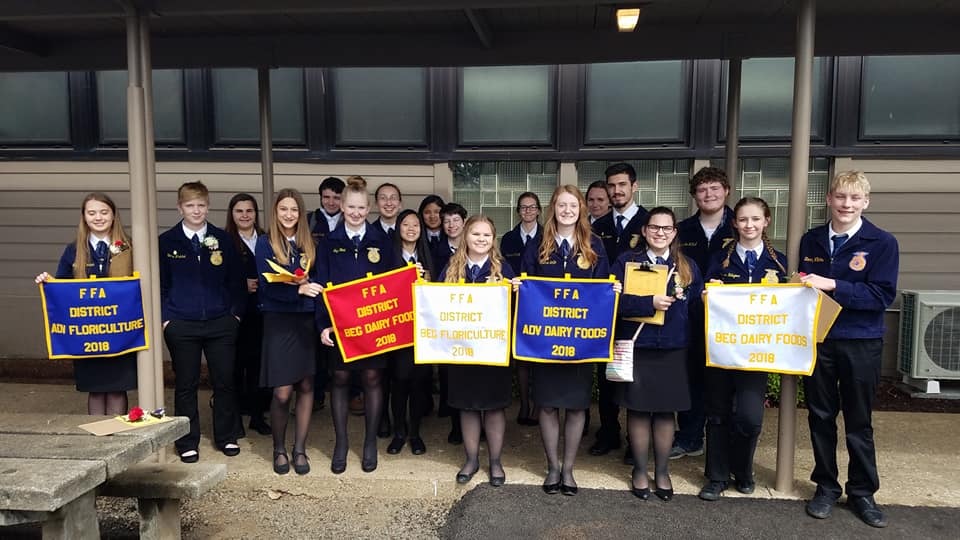 Everyone can enjoy an ice cream cone on a hot summer day. However, for the perfect bowl of creamy ice cream to occur lots of processing must take place. This takes individuals who understand how to safely process dairy. Recently at the District Dairy Foods CDE,  not only did  participants learn about how milk is processed, but they also learned how to price milk, identify diseases, find defects in milk quality, and characterize the properties of different products

As spring comes around the corner, flowers bloom and the promise of their beautiful colors is evident. Flowers are a key part of culture, and understanding floral design, maintenance, and marketing are all crucial for the flower industry to thrive. Luckily for the flower industry, many students expressed an interest in learning about it at the recent District Floriculture CDE. Within this competition students identified plants, tools, pests, and plant diseases. As well, students also learned how to make boutonnieres, work with a customer, and design an advertisement.

At both CDE’s, hosted by Elkton FFA at Elkton high school, Sutherlin FFA was well represented with 15 different freshman competing for our Beginning Floriculture and Dairy Foods Teams and 25 upper classroom competing for both advanced teams. Student competed very well as all Sutherlin FFA teams took home a banner. Both our Advanced Floriculture and Dairy Foods teams moved on to the state level by placing first! As well, both Beginning teams took home a banner which was very impressive since this was their first time competing! Individual results are posted below. 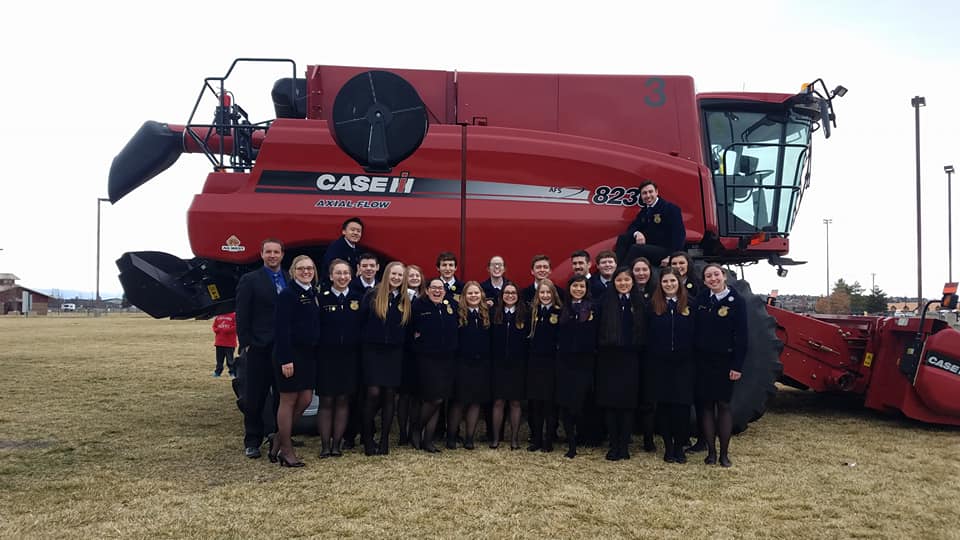 Doulgas County Home Show is Another Success for Sutherlin FFA

The first weekend of March was the annual Douglas County Home Show, and the Sutherlin CTE Program was well represented. The Home Show is an annual event run by the Umpqua Valley Home Builders Association. Businesses from around the area come to advertise their products and services. Sutherlin high school students from various metalshop, woodshop, technology, and agriculture classes came to help run the booth.

Madelyn Higgins, a FFA member and metalshop student, said “People loved that our art was different from other schools and that we had a lot of cool technology which allowed us to create those products. A lot of people wanted to donate too.” The Sutherlin CTE program’s booth was definitely large and diverse.

At the booth were items such as fire pits, metal wall art, benches, trailers, and even handmade wood guitars! Tristan Vincent is a FFA member and woodshop student who built a guitar this year in his woodshop class. He says, “The Home Show is where we show the community everything we’ve been doing this year.”

Hundreds of people saw this year’s booth. The students involved in the CTE program hope that the Home Show will spread the word about what they are doing and about their small business which has grown to an online vendor called Etsy. This year’s Home Show was a success for Sutherlin High School. 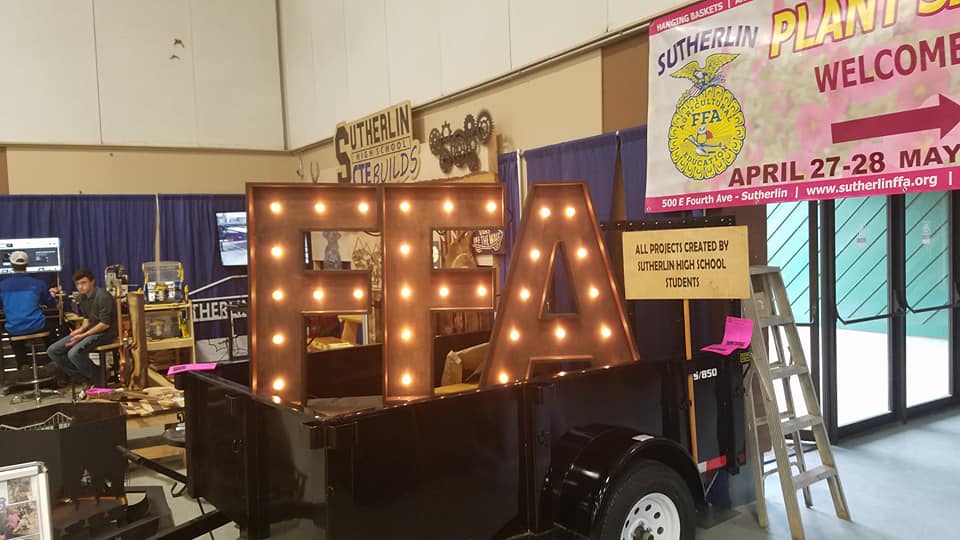 This trailer was made by Conner Grauf and Lane Miller. Tristan Vincent built the stand for the letters. 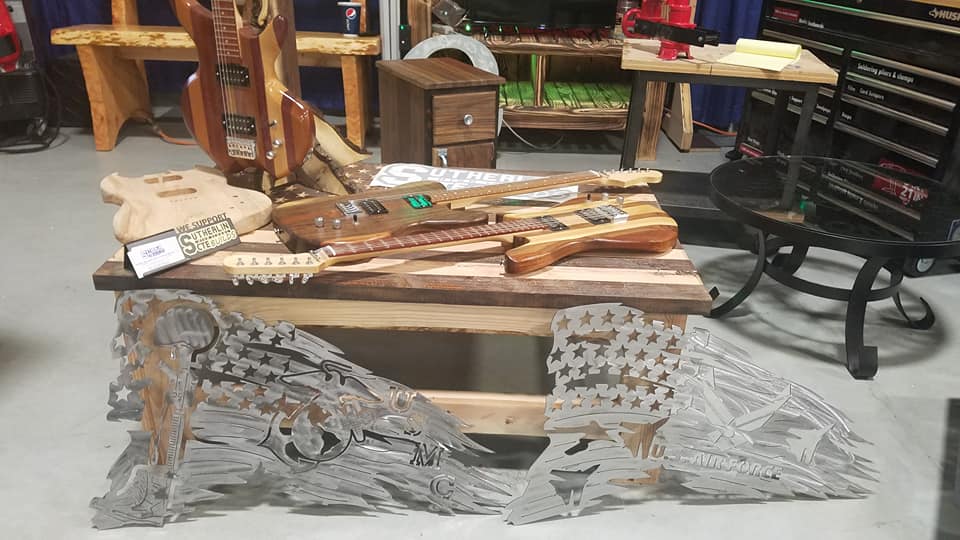 Pictured above are some guitars made by advanced wood shop students last semester. 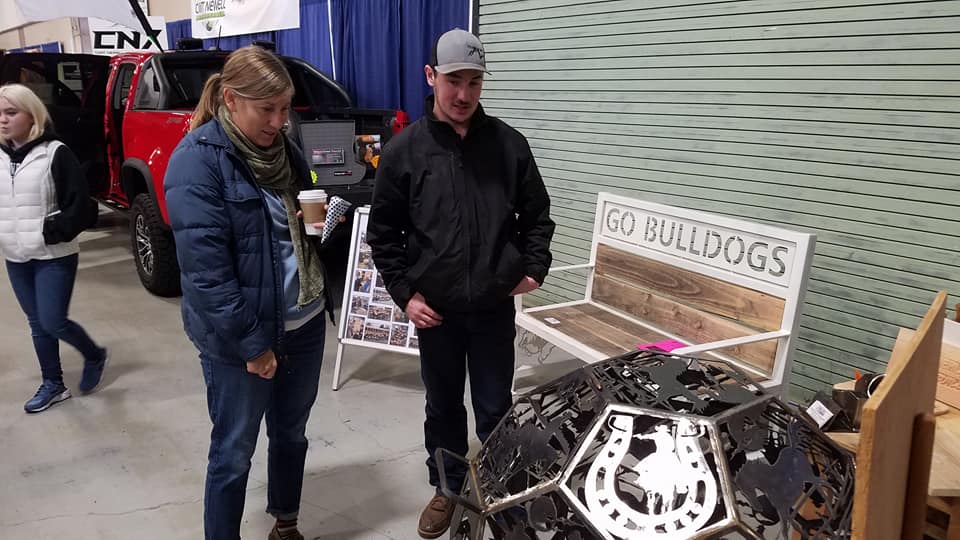 This past Monday, members from all across the state zipped up their jackets and traveled to Sutherlin Family Church where Sutherlin FFA hosted the Sectional Leadership CDE’s. Members competed in Parliamentary Procedure, Prepared Public Speaking, Extemporaneous Speaking, and Creed Speaking. There are four different sections across Oregon, making this an exciting event for Sutherlin FFA to host. 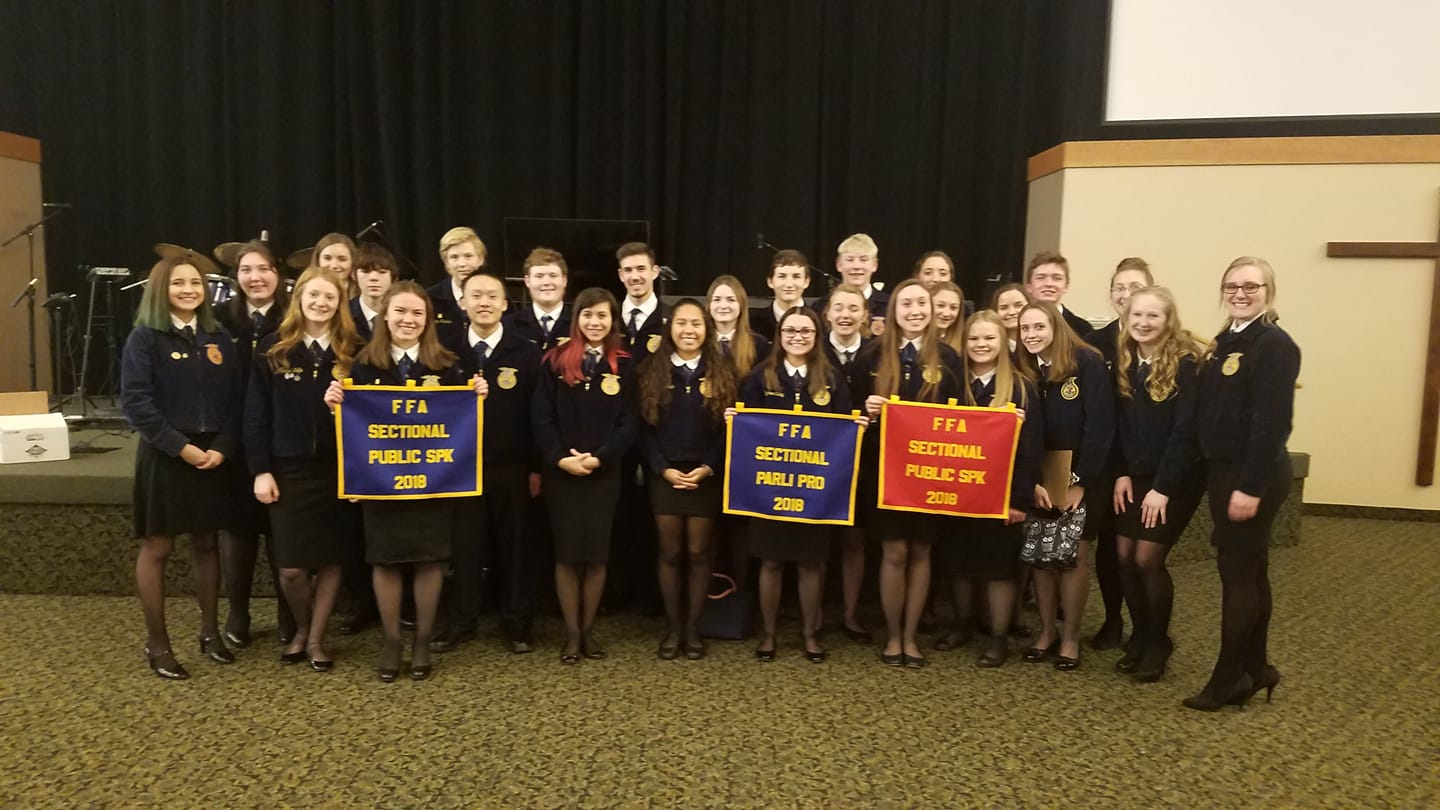 Sutherlin FFA represented well as chapter volunteers ran a perfectly organized event and chapter competitors put their best foot forward in competitions. Sophomore Sydnee Tilley describes competing in Parliamentary Procedure, stating, “Sectionals this year was such a great experience! Being able to work as a team and win two years in a row was awesome. Doing competitions like these has really taught me hard work, leadership skills, and teamwork. Through FFA I’ve gain many assets and I can’t wait to use them in the future.” Considered a state qualification level, members were competing against some of the best, and executed bravely, displaying grit and joy throughout the entire event. Job Crew volunteers and results are listed below.

Earlier February members competed in a variety of Leadership CDE’s including Parliamentary Procedure, Prepared Public Speaking, Extemporaneous Speaking, and Creed Speaking at Sutherlin Family Church. Members did very well moving on to the sectional level in a variety of these competitions. 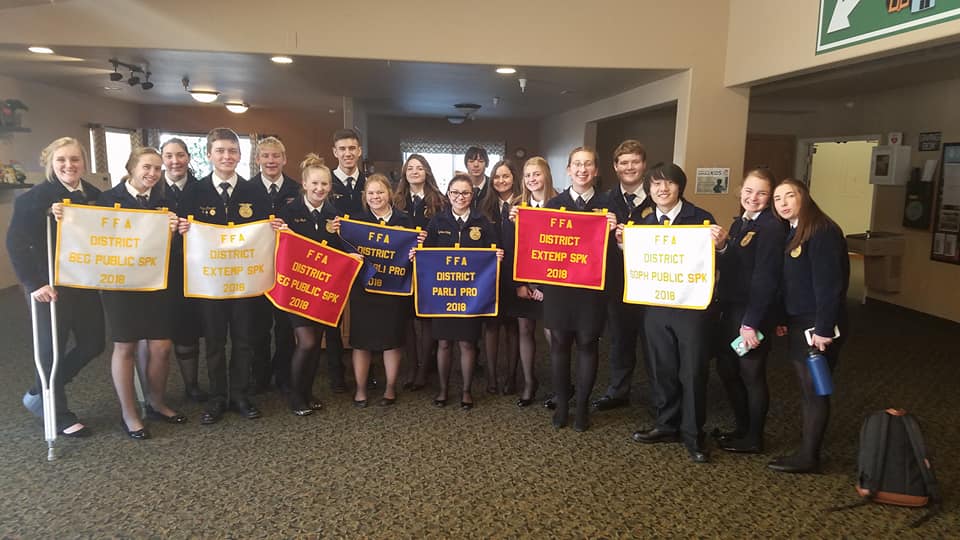 Each competition plays to personal strengths, and each member can attest to their growth from these competitions. Senior and Chapter Vice President, Cassidy Leatherwood, describes her passion for competing in Public Speaking, explaining, “This competition gives me the chance to dig deep into an interesting topic and then share my perspective with an audience.” Whether debating a current issue in Parliamentary Procedure or reciting the FFA Creed, this event offers ample experiences for leadership growth and developing professional skills. Results are below.