Wednesday January 29th, Sutherlin FFA members went over to Days Creek to compete in various CDE's and proficiencies. Jesse Freeman, Heather Brown and Bryson Price all competed in Advanced Job Interview. In the Job Interview CDE members create a resume and even get the chance to go through a mock interview in a competition to get a job. "Everyone from our chapter placed, so that was awesome! said Heather Brown a senior of the chapter, job Interview gives you great practice for your future, that's why I compete." Placing in the Advanced competion we had Jesse Freeman (1st), Bryson Price (6th), and Heather Brown (9th). For Beginning Job Interview we had two freshman who gave an outstanding performance. Emma Matteo placed 7th and Kalana Granger place 11th! Great job to all job interview participants! Our freshmen competing in Creed also did a great job! Emma Matteo, Bailey Masterfield, and Camerin Feagins are all moving on to perform their version of the creed at districts! To finish out this jam packed day Jesse Freeman and Bryson Price also competed in proficiencies. In proficiencies members present their unique SAE to a committee to be evaluated. Coming out of this competion Jesse Freeman won her proficiency in Dairy Production and Bryson also won his in Landscape Management! Both competitors will be moving on to the state level! Overall, the Sutherlin FFA chapter presented well and made us proud!

Relive the Past - ORDER NOW!

Sutherlin FFA, what memories did you create this year? Did you compete in Soils, Tractor Driving, Rituals, or Sales? Maybe you helped out with the Light Parade or attended the Halloween Party. Well whatever you did, we want to make sure you remember all those fun, thrilling moments you created this year. That is why the Ag Communications class has been working hard to create you a yearbook full of all your favorite FFA memories. This year has been filled, and will continue to be filled, with moments you will want to remember forever! Don't forget to purchase your personal Sutherlin FFA Yearbook so you can relive your past for years to come! 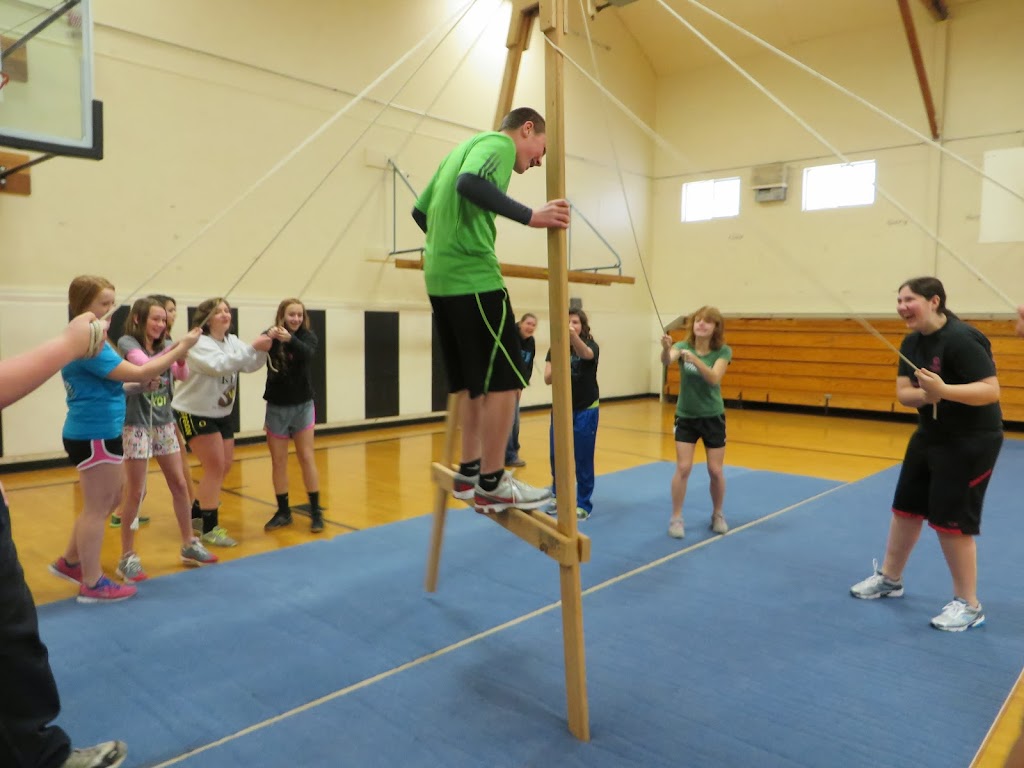 This Tuesday and Wednesday, FFA members headed up the hill to the Middle School to put on the annualy Middle School Leadership Challenge. During this event FFA members set up stations around the gym and put on workshops for the middle schoolers.  The workshops that were put on taught many different leadership skills. Students were able to learn different aspects of teamwork, communication, and problem solving, all while participating in exciting games!

Cameron Lemke, a freshman that helped lead workshops this year was especially excited. "It was really cool being able to teach leadership skills to some of the middleschoolers," said Lemke. Baylee Masterfield, another freshman involved, also had positive things to say. Overall everything was great! I really think the students got something out of it, said Masterfield, I definently think we put on a good representation of FFA and a lot of middle schoolers will want to join when they get into high school."