On March 5, Sutherlin FFA, Sutherlin Woodshop, and Sutherlin Technology were stationed at the Fairgrounds for the Douglas County Home Show, a place to show people around Douglas County the amazing things that people have been working on. This year, the display, made up of student pieces, was a hit, bringing in the curious gazes of many passersby.

Students helped out by educating people about the woodshop, agriculture, and technology programs, as well as taking their contact information if they were interested in getting a piece made.

Usually, Home Show, which only lasts one day, is just a small display. This year, there were many new things, including a nice trailer, made by Cameron Lemke and Carlos Lopez, vinyl printing, and a running laser throughout the entire day. 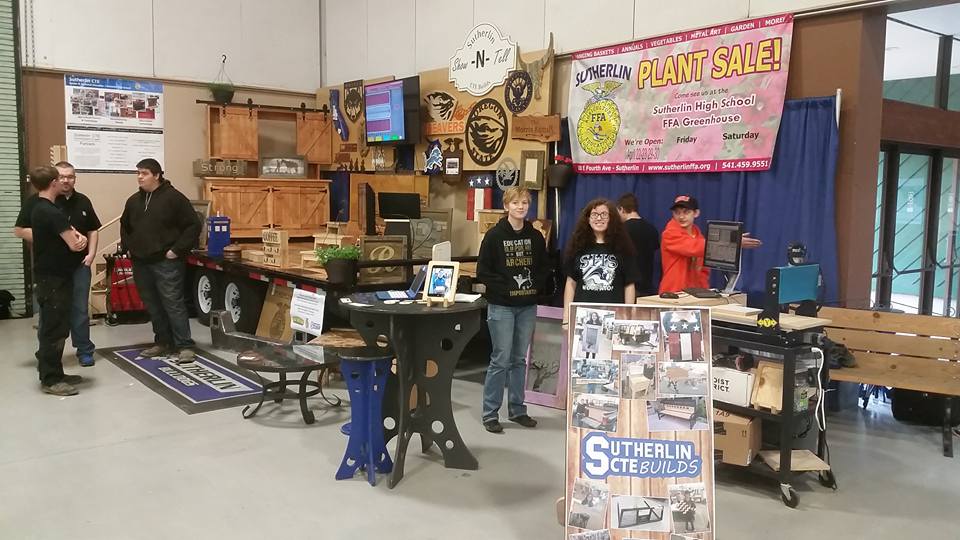