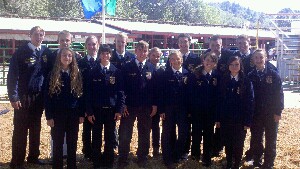 Small Animal
Haley Logan exhibited a rabbit in the small animal division.  She was ?????????? awarded a Champion rosette.

Congratulations to all for a very successful fair!